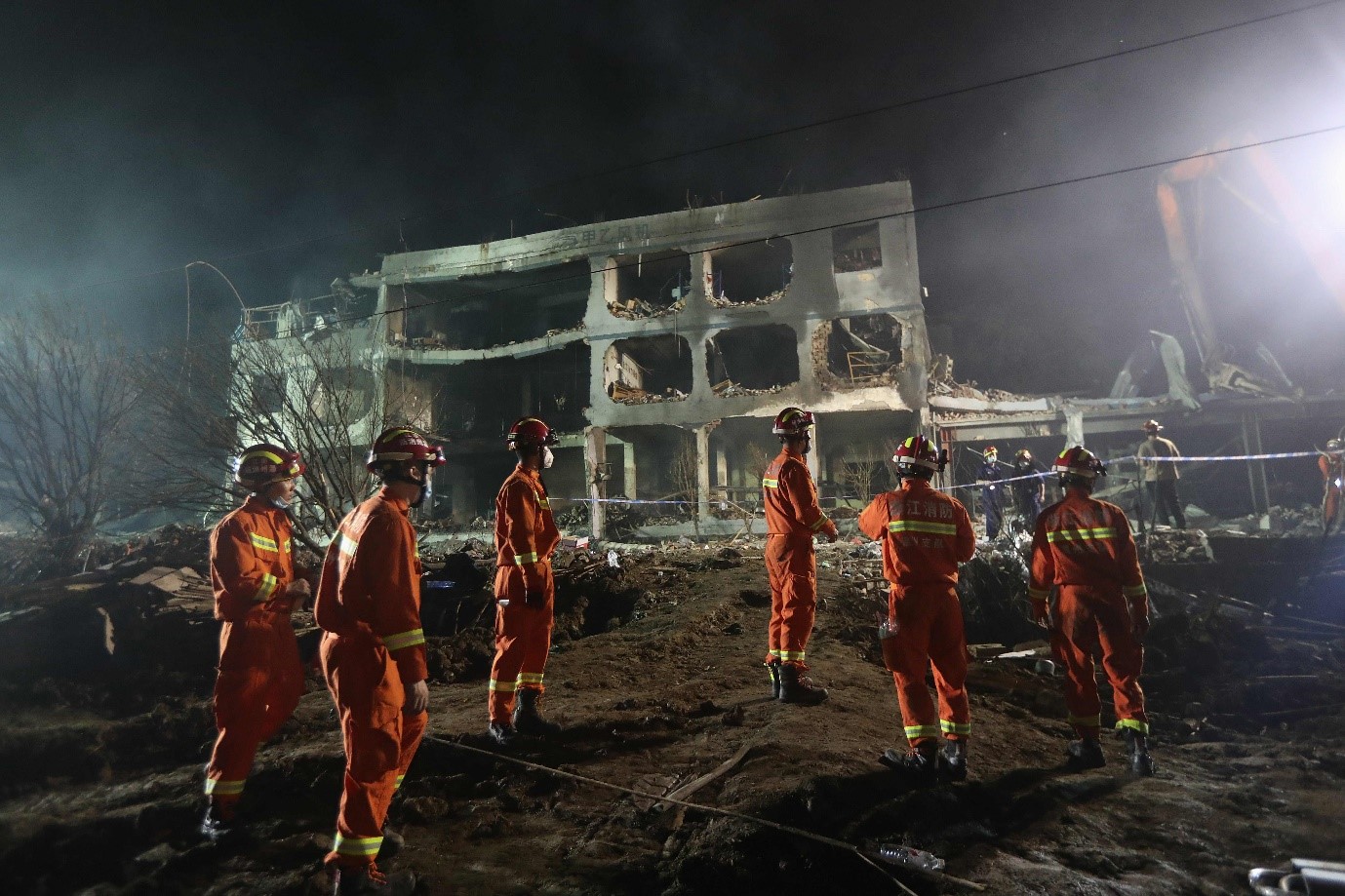 Nineteen people died and more than 170 were injured in the eastern Chinese province of Zhejiang over the weekend after a truck carrying liquefied gas exploded on a highway.

Videos of the accident, near the city of Wenling, showed a large explosion that appeared to send the chassis of the truck careening into nearby buildings.

State news agency Xinhua reported yesterday that there was a second blast when the truck fell onto a workshop near the expressway after the first explosion which took place the day before.

Other footage picked up by Chinese state news outlets showed charred facades of nearby buildings with their windows blown out by the shock wave, and flaming wreckage sending up thick black plumes into the sky.

More than 100 rescue personnel and 34 firetrucks had been called to the scene. Video picked up by state news outlets showed that the truck appeared to have caught fire before the explosion.

Chinese state news outlets said rescue workers were searching for people trapped in the residential and factory buildings, some of which had collapsed.

The truck was carrying gas between two cities on China’s east coast, Ningbo and Wenzhou, and was exiting the highway when the accident occurred, according to the state-run Zhejiang News.

The accident shut down traffic on the highway in both directions. Other videos showed cars nearby on fire.

A local official said the cause of the crash and explosion was being investigated.

JOIFF COMMENT
This is a typical example of a BLEVE…Boiling Liquid Expanding Vapour cloud Explosion and most devastating as can be seen from the very large impact on the community and surroundings.

When a LPG container of any size is directly impinged by surrounding flames, the LPG starts boiling inside the container and when the LPG is released due to sudden container failure BLEVE occurs. If quick and proper cooling of the container cannot be accomplished, stay away and evacuate the area.